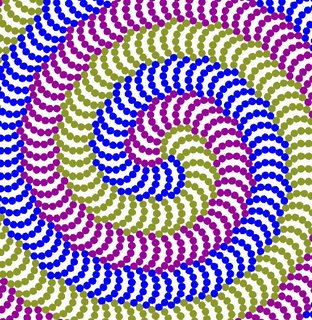 Here's another spiral. This is made with nonagons (nine-sided polygons) and has three arms. Some difference between this one and the one yesterday is that the banana-shaped gaps are bigger and they have eighteen orientations instead of fourteen. Close to the centre of the pattern like the image to the left it appears curved like a true spiral but a bigger image would reveal the eighteen-sidedness. To show that there is no trickery about the nonagons nicely fitting together there is a close up included below. 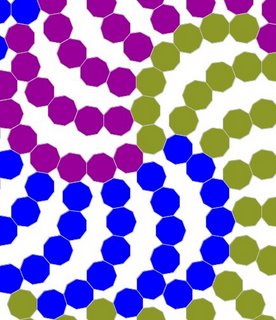